There is a lot to say about Movies and WW2. Here are “5 great movies about D-Day landing on Normandy Beaches”. 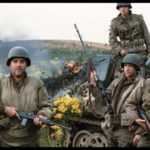 The 1998 saving Private Ryan film is set during the June 1944 Invasion of Normandy. The film was directed by Steven Spielberg and stars Matt Damon and Tom Hanks. It got a Golden Globe Award for best motion picture and won 5 academy awards.Omaha Beach is the place where U.S forces landed on D-Day, 6 June 1944 in Normandy.

The Longest Day takes in the whole invasion, all battles and nationalities this is the definitive show about D-Day, it is as well the longest movie! The Longest Day film is based on The Longest Day book which was written by Cornelius Ryan in 1959.The directors are Ken Annakin, Bernhard Wicki, Andrew Marton, Daryl F. Zanuck, Gerd Oswald. 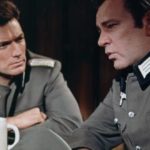 Prior to the Normandy invasion, a U.S general with a detailed familiarity of the intended assault is captured by the Nazis and taken to a castle stronghold high in the Alps. An elite team of American and British commandos stages a daring airborne rescue operation. In the process of their enthralling mission, they find out there is a Nazi traitor amid them. Shot on location in Austria and Bavaria, this twisty thriller, with rapid action sequences, features an unforgettable clash atop a cable car and an exciting rescue from Alpine castle. Daryl F. Zanuck directed the movie. 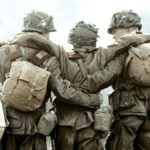 This American war mini-series is based on the non-fiction book by historian Stephen Ambrose and trails Easy Company from boot camp in the U.S through D-Day and right up to the ending of the war and Japan’s defeat admission. The film is directed by Tom Hanks and Steven Spielberg.

D-Day: Normandy 1944 is not a blockbuster. Viewers of all ages, as well as new generations, will learn from a certain viewpoint how this landing put the world in a situation we all know about now. Exploring military strategy, history and technology the film will train and appeal to all. D-Day: Normandy 1944 pays homage to all those who fought for freedom. French-based director-writer Pascal Vuong directed the film.